Lunar Eclipse Across Gemini-Sagittarius: What is the Truth? 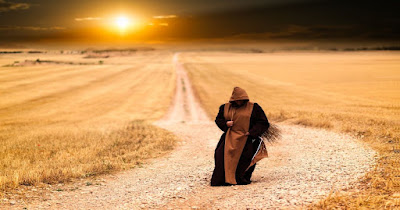 On May 26, 2021, at 11:14am, GMT, there takes place a Full Moon, which is also a lunar eclipse, on the axis of Gemini-Sagittarius, the axis of intellect, movement and collection and transmission of information. It culminates the processes that began with the previous New Moon, about which we wrote that it would introduce new values ​​that would allow the obvious division of the world into two ‘camps’. After all, from the 20th degree of Cancer Mars activates the lunar eclipse that took place on January 10, 2020, when Mars was on the 5th degree of Sagittarius, where the current eclipse takes place. Therefore, it is more than obvious that there is an extremely close connection between the two eclipses and the current sense of culmination of the ‘drama’, which began in early 2020 and manifested itself in the form of the well-known pandemic.

Moreover, the fact that Saturn has just turned retrograde and that the out-of-bounds Mercury is about to also turn retro, while Venus is out of bounds too, reveals that the present eclipse signals the possibility of returning to a new ‘normality’. In this new normality, views and opinions are reviewed while a lot of value is attached to the innovative, the unusual, even the extreme, or the irrational. The big problem, however, with the square that Mercury and Venus receive from Neptune, is that the waters are too ‘murky’ for anyone to be sure of the quality of the information they collect or the ideas which they attach value to.

Of course, as a lunar eclipse, this full moon opens or closes some very important chapter on a private, domestic or family level or in relation to important women in our lives such as the mother or partner / wife. The motivation for opening or closing the chapter will be the need for freedom, travel and opening new horizons even if it means that there ensues tension, break-ups, danger or radical changes (the Lights axis in harsh aspects with Mars applying in opposition with Pluto). Taking risks in the ‘light’ of this eclipse will clearly require great care because risks may come because of confusion or despair rather than as a result of a sensible decision.

So, what is the Truth and how far are you willing to go to discover it and then defend it? With Venus in conjunction with the fixed star, Bellatrix, and with the Nodal axis across the fixed stars of Aldebaran and Antares, the axis of the Archangelic Swords, this eclipse is not for the faint of heart!

Posted by Dr. Vangelis Petritsis at 16:56