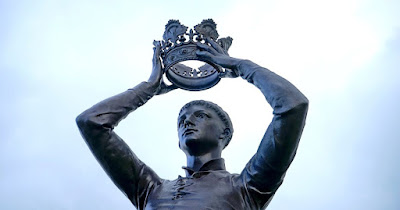 On September 7, 2021, at 00:51am GMT, there is a New Moon taking place in the earthy, and hardworking sign of Virgo. Like any New Moon, this one too calls for a new beginning in that area of ​​one's horoscope where it happens to fall. Due to the sign’s nature, beginnings that have to do with work, health, order, organization and focus on detail are favored. The fact that the New Moon takes place at Mercury’s pure exaltation reveals that any new beginning causes a lot of stress and anxiety due to a high volume of communications, transportations or travels.

Another reason for the stress and anxiety may be the constant hesitation in response to a dilemma that, as another Hamlet, one has to face and that can lead to marginalization with the state’s approval (Mercury in Libra opposed to Chiron and trine with Saturn). At the very least, the partile trine of Lights with Uranus can provide ingenious solutions to the dilemma and allow for more freedom if one is willing to pay the price.

In addition, Mercury, the New Moon’s dispositor, has just entered his shadow period in preparation for his retrogradation, which begins on September 27th, and which will be added to a host of retrograde planets (all from Jupiter onwards), intensifying the climate of introversion, introspection and withdrawal at all levels. After all, a general climate of threat and combat in relations, collaborations and finances will, gradually during the month, lead many to review and re-examine agreements reached or decisions taken under the present New Moon (Venus at a critical degree ruled by Mars and squared by Pluto).

Finally, despite the clear fact that the need for action is currently based on rationality, practicality and pure logic (Mars in Virgo and New Moon at Mercury’s pure exaltation), it is worth having faith, being optimistic and looking at the New Moon through the window of hope that the New Moon itself leaves wide open (Venus in trine with Jupiter).