New Moon in Gemini: At the Crossroads of Virtue and Malice 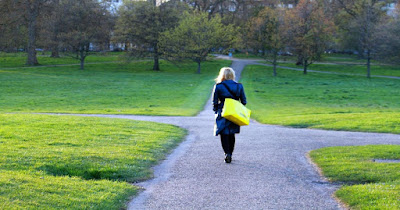 On May 30, 2022, at 11:30 am, GMT, there is a New Moon taking place in the mental, airy and communicative sign of Gemini. Just like any New Moon, this one too invites us to make a fresh start in that area of ​​one's horoscope where it happens to fall. In fact, this is the first New Moon that occurs after the recent eclipse period and the beginning of the synodic circle of Mars-Jupiter in Aries. Thus, the present New Moon is all about launching a new chapter in our lives that will have long-term results. Of course, with the ongoing retrograde motion of Mercury, the New Moon’s dispositor, one understands that this new chapter is being prepared at least from the end of April and that any outstanding issues since then are gradually being settled after a series of revisions that had to take place in the meantime.

Due to the nature of the sign of Gemini where the New Moon takes place, it becomes clear that the time has come to announce any new chapter we have recently opened and to also engage into negotiations as to how this chapter will continue. Additionally favoured are beginnings that are related to seminars, short trips and commercial transactions and agreements.

However, the conjunction of the Lights and Mercury with the fixed stars of Aldebaran and Algol, respectively, prepares us for new chapters and beginnings that are characterized by militancy, heroism and passion. And this mix of characteristics may lead to two different directions: on the one hand, to the path of Virtue, which involves honesty, integrity and transparency, and, on the other hand, to the path of Malice, which includes competitiveness, hatred and violence.

It is clear that choosing the path of Malice will lead with mathematical precision to the collapse of any bridges of communication between the parties involved (Mercury squared by Saturn). On the contrary, choosing Virtue will lead to successful negotiations and agreements, which will allow for some ideal to transform our lives (Mercury in favorable aspects with Neptune and Pluto). Furthermore, by opening our minds to the diverse and the unprecedented in the context of our close relationships, we may actually be able to heal them (Lunar Nodes = Mercury/Uranus, Lights = Venus/Chiron). So, which of the two paths are you willing to follow, the one of Virtue or perhaps the one of Malice? The choice is yours!

Posted by Dr. Vangelis Petritsis at 17:58