Solar Eclipse in Scorpio: On the Verge of World War III? 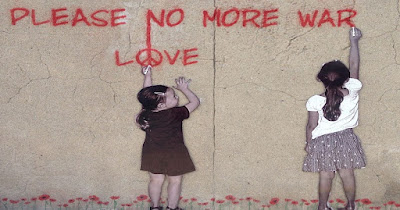 On October 25, 2022, at 10:48am, GMT, there is a New Moon taking place in Scorpio which is also a solar eclipse. It is the last solar eclipse of the year and is accompanied by the lunar eclipse of November 8, 2022. Although many people consider eclipses as bad omens, it is important to understand that eclipses spur us into action because they make us realize that there is a shortage that needs to be addressed. Given that this is a solar eclipse, we may feel lacking in creativity or in relation to our identity or our relationship with an important person, especially male, such as father, husband or employer. However, the fact that the degree in which the eclipse takes place (the Moon’s pure fall) is one of the most difficult of the zodiac, especially on a psychological level, helps us to understand that this is definitely not an easy eclipse.

More specifically, this eclipse stirs in us deep feelings of insecurity that can be experienced as a threat because we realize that what we may have previously taken for granted, not only is not a given but may have turned into something foreign and unfamiliar. With Venus conjunct the Lights, it is our relationships, partnerships and values ​​along with financial issues that awaken deep insecurities and feelings of threat that touch the core of our being.

Additionally, Saturn has just turned back to direct motion emphasizing the seriousness, patience and grit we need to demonstrate as the radical changes and transformations sought by this Scorpio eclipse touch all of humanity and make it difficult to show faith and optimism for the future (Lights in quincunx aspects with Jupiter at the Vernal Point). To the extent that one can radically change the way they think and accordingly adjust the actions and initiatives they undertake, then one can more easily cope with the stresses of the period despite the uncertainty (trapeze between Mercury, Pluto, Neptune and Mars).

If on a personal level things may be more manageable, this eclipse tends to derail things on a cosmic and global level if we consider that the last time there was an eclipse in the exact same degree, with a deviation of only 7 minutes of arc, it was in April 1940, in the midst of World War II. Back then, just like now, expansive Jupiter was in the war sign of Aries, disruptive Uranus in the peaceful sign of Taurus, and Mars, the father of war, in the divisive sign of Gemini. Back then, just like now, a major power had invaded a neighboring country eight months earlier (Germany in Poland and Russia in the Ukraine), an invasion that at the time had effectively signaled the start of World War II. Presently, we see the war between Russia and Ukraine expanding as Belarus signs a defense agreement with the former while the European Union funds the latter with millions of euros to buy weapons. If history does indeed repeat itself, we hope that humanity has attained a higher level of consciousness to realize this and act immediately so that the worst may be avoided...

Posted by Dr. Vangelis Petritsis at 14:05