New Moon in Libra: The ‘Finger of the World’ Goes Electric! 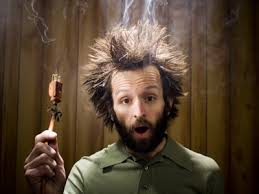 On 13th October 2015, at 12:05am, GMT, there is a New Moon taking place in the diplomatic, refined and harmonious sign of Libra. It is the first New Moon after the September eclipses which have already troubled many people and have possibly caused radical changes, given the separating and of wide orb square that the New Moon receives from Pluto. Thus, it now seems that the New Moon portends a new beginning that involves more harmony and balance. Nevertheless, the opposition the New Moon receives from Uranus shows that the balance is extremely delicate, as if it were hanging by a thread. The sign where the New Moon takes place (Libra) indicates that the new beginning concerns relationships, marriages and partnerships in such a way that any harmony or balance will depend on how much freedom (Uranus) the partners allow to each other and how much originality and ingenuity (Uranus) they are able to muster.

Indeed, the degree of Libra where the New Moon takes place (19°) is traditionally considered to be the degree of the Sun’s pure fall. Firstly, this increases the need for compromise because if the desires of significant others aren’t taken into account now, then we’re not going to be able to satisfy our own desires. Secondly, this strong need for compromise blocks rather than serves our creativity. Moreover, Venus, the New Moon’s dispositor, is not at its best. She’s in Virgo, the traditional sign of her weakness, forming a semi-square to the New Moon and a T-Square with Saturn and Neptune. In other words, the starting of new relationships or collaborations seems to be impeded by secondary but objective financial obstacles (New Moon semi-square Venus) and is further subjected to a feeling of dissatisfaction due to the difficulty of striking a compromise (squares) between ideals (Neptune) and reality (Saturn). After all, reality has the upper hand at the present (Saturn at the T-Square apex). 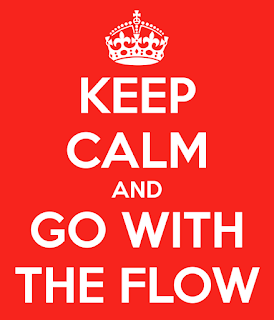 Moreover, the mutable nature of the signs involved in the T-Square (Virgo, Sagittarius and Pisces) produces great indecision and lack of direction, which may lead to great amounts of energy spent for practically no reason… However, professions related to education and service can benefit from this configuration as long as one remains cautiously optimistic (Saturn in Sagittarius at the T-Square apex). Besides, there appears to be a multitude of restrictions and obligations (Saturn in Sagittarius) that place obstacles in economic and emotional matters (square to Venus). A potentially unorthodox way to overcome the obstacles has to do with the degree of originality and ingenuity one can display, as reveals Uranus at the apex of a planetary formation with Venus and Saturn, called ‘The Finger of the World’. At the same time, Uranus electrifies the atmosphere and places the ‘Finger of the World’ in the ‘socket’, as it were, so it is not advisable to go overboard!

Finally, it is worth mentioning a couple more things. On the one hand, Mercury is back in direct motion putting an end to revisions of ideas, discussions and negotiations that had taken place at the end of August when Mercury was at the same degree it occupies now. On the other hand, Jupiter has just entered its shadow period which means that it will find itself in the same position in May. Thus, matters related to study, higher education, publishing, travel and relations with people abroad are starting slowly but steadily to enter a period of revision which will officially start in January when Jupiter turns retrograde. Jupiter’s conjunction with Mars and trine with Pluto seem to involve actions and initiatives regarding the matters just mentioned and promise great power to anyone who can harness the energies. Enjoy the New Moon!
Posted by Dr. Vangelis Petritsis at 13:59