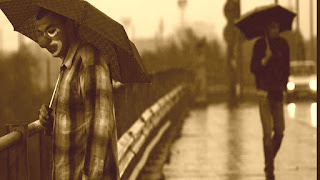 On November 29th 2016 at 12:18pm, GMT, there is a New Moon in the optimistic, journey-loving and exuberant sign of Sagittarius. Just like with every New Moon, this one too calls for a fresh start in that area of one’s life depicted by the sector of the horoscope where the New Moon takes place. Due to the sign this fresh start has to do, inter alia, with legal, legislative and educational matters as well as with travelling issues and relationships with people from abroad. Furthermore, Jupiter, the New Moon’s dispositor, forms positive aspects with both Mars and Saturn, thus encouraging relevant initiatives for methodical and strategic development. However, the square the New Moon forms with Neptune creates feelings of dissatisfaction regarding the matters mentioned above because of confusion, uncertainty or deception. At the same time, being conjunct the Moon’s South Node in Pisces, Neptune seems to undermine the Sagittarian sense of optimism and joy, thus leading many to grief, resignation or victimization.

The image of a sad clown pops to mind, that is, a person who entertains the others despite the pain he/she feels inside.  This image is reiterated by a pattern that appears in the New Moon’s chart and that is known as the ‘animated figure’. This pattern is formed by two distinct patterns: a t-square and an ambivalence triangle the apexes of which are connected via a semi-sextile aspect. Presently, the Jupiter-Uranus opposition constitutes the common basis of the two patterns and signifies conflict between morality (Jupiter) and abnormality (Uranus).

This conflict causes tension and an urgent drive for action (t-square) due to pain in long-term relationships and collaborations (Venus in Capricorn conjunct Pluto, atop the t-square). The tension, though, can be defused and the pain managed if rules are bent and if difficulties are seen with humour (Saturn in Sagittarius atop the ambivalence triangle), no matter how impossible that may seem (semi-sextile).

One can, thus, laugh their troubles away despite any wounds or traumas now emerging stronger than ever (Chiron stationary direct). Besides, rule-bending and flexibility fit the mutable emphasis of the New Moon’s chart and the out-of-bound quality of Venus and Mercury. The latter, in turn, only forms separating aspects, which implies that what needs to be said has already been said. How very fitting given Mercury’s imminent shadow period in preparation of his retrogradation. Anyhow, we wish you enjoy this New Moon!

Posted by Dr. Vangelis Petritsis at 23:13