Full Moon in Capricorn: And the ‘Temperature’ Keeps Rising… 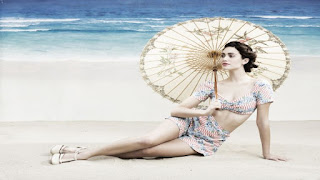 On July 9th 2017, at 4:06am, GMT, there is a Full Moon taking place across the Cancer-Capricorn axis with the Sun in Cancer and the Moon in Capricorn. Just like it happens with every Full Moon, this one too calls for us to strike the right balance between two opposing forces. Presently, the balancing act concerns family (Cancer) and career (Capricorn), daydream (Cancer) and realism (Capricorn), emotionality (Cancer) and cold logic (Capricorn). Of course, with the Moon being in Capricorn, the balance tilts towards career, realism and cold logic. Indeed, the Moon’s conjunction with Pluto deepens the need for professionalism and for a realistic approach to life, causes profound emotional changes and also gives one a chance to delve deep into their psyche.

However, a lot of insecurity is produced by the emphasis on the Cancer-Capricorn security axis, the Moon’s conjunction with, rather threatening, Pluto and the presence of Venus in sesquisquare aspect to Pluto at a critical degree ruled by herself. The reason behind the insecurity may be related to values, both material and spiritual, which are being threatened by unexpected developments that throw financial planning out of the window while overturning well-established spiritual values (Venus = Moon/Mars = Sun/Mars and Uranus = Venus/Saturn).

Additionally, not only is Pluto involved with the Moon by conjunction, but also Mars is conjunct the Sun in the opposite sign of Cancer. This creates a fairly militant and combative atmosphere that leads to ‘temperature’ rising even though all this is expressed in a more indirect and somewhat manipulative manner. Jupiter, in turn, pumps up the volume and turns these oppositions into a T-Square in an attempt to find harmonious and accommodating solutions that will hardly, though, satisfy fully the parties involved. Besides, the exact Jupiter-Neptune and Mars-Saturn quincunxes reveal the difficulty of reconciling high ideals with sustainable action. On a positive note, Mercury is in Leo and in sextile aspect to Venus, which reinforces positive thinking and brings about an opportunity for compromise and relaxation despite the difficulties mentioned above. In any case, we wish you enjoy this Full Moon!
Posted by Dr. Vangelis Petritsis at 16:30