New Moon in Leo: I Create, Therefore I Exist! 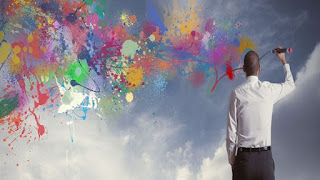 On July 23rd 2017 at 9:45am, GMT, there is a New Moon taking place in the enthusiastic, creative and impressive sign of Leo. Similarly to every New Moon, this one too calls for us to make a new beginning in that area of one’s horoscope where it happens to take place. Given that this New Moon is in the same sign as the upcoming August 21st solar eclipse and that it opens up a new lunation cycle that culminates at the August 7th Full Moon-lunar eclipse, one realizes that this new beginning has a special importance: it prepares us for an important chapter in our lives that is about to open or close. Due to the sign’s nature, but also due to Mars’ conjunction with the New Moon, this chapter is related to creative and recreational initiatives and activities as well as to creative and grandiose projects, child-bearing included.

Moreover, Mercury’s simultaneous presence nearby the degree of the upcoming solar eclipse and in a fiery grand trine with Saturn and Uranus enhances the importance of ideas, communications and journeys, because these can open up new and long-term horizons that will allow for higher optimism and confidence. Of course, with Mercury activating the Mars-Saturn midpoint and in a quincunx with Chiron who in turn activates the Moon-Mercury and Sun-Mercury midpoints, things aren’t exactly rosy. Nevertheless, the fiery emphasis of the New Moon’s chart facilitates positive thinking and optimism. It should also be noted that Mercury is about to go into his shadow period in preparation of his impending retrogradation that starts on August 14th 2017. Therefore, delays and revisions are to be expected and they will last until September 6th 2017, when Mercury turns direct, if not until September 19th 2017 when Mercury is released from his shadow period.

Finally, the Venus-Saturn opposition brings restrictions to relationships and collaborations, but the activation of the Jupiter/North Node midpoint by Venus means that any restriction or limitation will eventually lead to development, especially when it comes to groups and collectivities. In any case, make sure you enjoy this New Moon in creative ways!
Posted by Dr. Vangelis Petritsis at 15:31