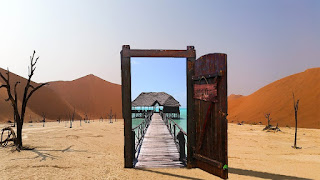 On July 13, 2018, at 2:47 am, GMT, there is a solar eclipse in the emotional and protective sign of Cancer. It is the third eclipse of the year but the first of three eclipses to take place this summer as well as the first across the Cancer-Capricorn axis in nine years. Although eclipses have a bad reputation, it is important to realize that they bring about the culmination of processes that are prepared often up to six months earlier. Given that, during an eclipse, one of the two Lights (Sun/Moon) "goes out", eclipses signify the end of a major chapter in our lives and the beginning of a new one.


This is all the more true of solar eclipses since they are simultaneously New Moons. Therefore, the new beginning is a given and it will refer to solar issues, such as purpose in life and creativity as well as relationships with important men such as father, husband/partner and boss. Furthermore, because an eclipse can also be perceived as lack or shortage, there may be a sense of lack or shortage in the above-mentioned issues or relationships that spurs us into action.

Presently, with the Lights being in Cancer, the eclipse seems to culminate processes, to highlight shortcomings and to close/open chapters concerning emotional, family and national issues as well as security issues. These issues may have us confront with inner fears, obsessions, and power games, or so suggests the exact opposition that the Lights form with Pluto. Therefore, the feeling that one’s security is under threat or the idea that one succumbs to emotional blackmail can be quite salient in the days around the eclipse. Neptune, atop an ambivalence trine with the Lights-Pluto axis, operates as a safety valve providing one with faith and hope as well as with the spirit of forgiveness, charity, versatility and surrender to the will of the universe.

Additionally, Jupiter, who has turned direct, in trine with Neptune, liberates expansion and growth issues that were on hold for the previous four months. In fact, in concert with Venus, who forms part of a grand earth trine with Saturn and Uranus, one realizes that this eclipse promises a great practical, material or financial gift that opens unexpectedly new and long-term horizons.

However, retrograde Saturn in combination with the retrograde dispositors of Venus and Jupiter (Mercury and Mars, although technically Mercury is in his shadow period) signifies delays and revisions concerning the materialization of the promised gift. More specifically, Mercury turns direct on August 19, Mars on August 27 and Saturn on September 5. After all, Mercury is located at the degree of the August 11 solar eclipse, last for the summer and for this year, pointing out that the gift promised by the present eclipse will not arrive until after the end of the summer eclipses. Until then, be patient because we are in for a long and hot summer!
Posted by Dr. Vangelis Petritsis at 17:41