My Essay on Astrology and 20th Century Music Republished on astro.com 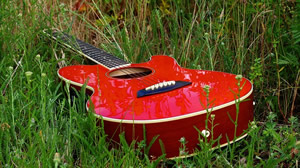 For August 2018 they chose my essay on astrology and 20th century music, which had been published in the July/August 2017 AJ issue. This is a great honour - I thank the Astrodienst team from the bottom of my heart!

You can read my essay by clicking on the following link: Earth Songs: Astrology and 20th Century Music: From the Cowboys to the British Invaders
Posted by Dr. Vangelis Petritsis at 12:26