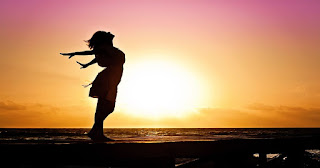 On August 15th 2019 at 12:29pm, GMT, there is a Full Moon taking place across the Leo-Aquarius axis, the axis of individual and group processes. Similarly to any Full Moon, this one too calls for us to strike the right balance between two opposing forces. More specifically, with the Moon in Aquarius we will have the need for friendship, networking and for something out of the ordinary, while with the Sun in Leo our focus is on the need for entertainment, play and fun. In fact, with Mercury, Venus and Mars in the sign of Leo at the same time, the balance tilts heaving towards the pole of fun and entertainment.

However, one realizes that the balance between the two signs is not that difficult because friendship (Aquarius) and entertainment (Leo) often go together. Given that within the two weeks that follow the full moon, all the fast-moving planets (Sun, Mercury, Venus, and Mars), one after the other, will have entered the laborious sign of Virgo, this full moon seems like a last chance for recreational escapes and vacations with friends before we return to our daily routine. Although Pluto forms a quincunx and a semisextile aspect with the Full Moon axis which spoils the fun and causes irritation and the need to adapt to potentially painful situations, the aspects are divergent. This means that the pain is gone and that one has the right to celebrate and to take a breather.

Of further interest is the fact that the Full Moon hosts the superior Sun-Venus conjunction, where Mars is involved. The Sun-Venus conjunction makes direct reference to the new cycle of partnerships, relationships, and financial transactions or decisions that began in late October 2018. Therefore, it seems that in August this cycle culminates and bears more fruit within the next ten months. The first results will show by the end of the first week of September. The reason relates to the fact that during that week the Sun-Mars conjunction and the superior Sun-Mercury conjunction will occur. The latter, in fact, refers directly to important ideas, communications or travels that took place around July 22, 2019 during the inferior Sun-Mercury conjunction. In addition, Mercury, in a small learning triangle with Uranus and Chiron, teaches us ways to heal recent wounds that may have been caused by unforeseen conditions.

Finally, Jupiter has gone back into direct motion and it gradually unblocks our ability to expand and open new horizons that may have been "frozen" since mid-April. Hence, the return of more optimism despite Saturn's antiscia and conjunction with the South Lunar Node that reminds us that freedom often comes at a significant cost. Nevertheless, with the North Node at Jupiter’s pure exaltation and conjunct the fixed star of Canopus, relationships and groups can open up brand new horizons in life as long as they have faith. We wish you enjoy the Full Moon!
Posted by Dr. Vangelis Petritsis at 18:36