New Moon in Virgo: The Devil is in the Details! 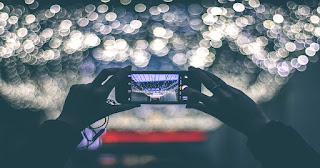 On August 30 2019 at 10:37am, GMT, there is a New Moon taking place in the industrious, methodical and perfectionist sign of Virgo. Like every New Moon, this one too gives the opportunity for a new beginning in that area of ​​one’s horoscope where it happens to take place. Due to the nature of the sign, this new beginning relates to issues of order and practicality, work and health. After all, the New Moon coincides with the end of the summer, and many will have to go back to their work and routines so that they put some order in whatever ‘chaos’ appeared recently. In fact, with all five personal planets in Virgo the need for order, corrections and repairs will be very strong for the next two weeks. And because the devil is in the details, those will warrant special attention.


Of great interest is the fact that the New Moon occurs a few days before the Sun conjuncts Mars (September 2) and Mercury (September 4). The latter conjunction makes direct reference to the days around July 22: important ideas, negotiations or travels that took place then will somehow culminate soon after the New Moon to bear fruit within the next two months. Concerning the Sun-Mars conjunction, this opens up a two-year cycle that starts with going for a major goal or an important initiative or action.
Equally interesting is the fact that the stellium in Virgo forms trines with both Saturn and Uranus thus creating a grand trine in the element of earth. A great gift, therefore, practical, material or economical, seems to be the promise of this New Moon. This gift presupposes, however, reduced material security (Saturn conjunct Lunar South Node) to allow for more freedom (Uranus). The gift will also help relationships and groups to open up brand new horizons that make the ordinary extraordinary and show that small actions can have major consequences (Lunar North Node conjunct Sirius and Canopus).
Although the mutable T-Square between Venus, Jupiter and Neptune produces fluidity and high mobility due to conflicting ideals and visions regarding values ​​and economic issues, the will to compromise and negotiate will not be absent. Nevertheless, the lack of air that characterizes the New Moon chart may pose obstacles to communicating and seeing the bigger picture. In any case, we wish you enjoy the New Moon, one that may promise gifts that could last well for two years!
Posted by Dr. Vangelis Petritsis at 19:05