Full Moon in Virgo: Fate Gets Hold of Her Vacuum Cleaner… 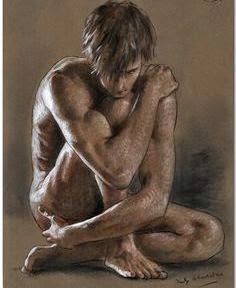 On March 5th 2015 at 6:05pm, GMT, there is a Full Moon in the orderly and methodical sign of Virgo. The Sun of course is in the opposite sign of Pisces, so we are expected to strike the right balance between order (Virgo) and disorder (Pisces), between realism (Virgo) and imagination (Pisces), as well as between control (Virgo) and release (Pisces). The balance seems to tilt considerably towards the Piscean tendency for disorder, imagination and release, given the fact that the Sun is accompanied by two more planets in that same sign. These planets are Neptune and Chiron and being conjunct the Sun they highlight the centrality (Sun) of sacrifice (Neptune) and marginalization (Chiron). This conjunction in the sign of melancholy is reminiscent of a sad male figure (Sun in Pisces) that reached apotheosis (separating conjunction with Neptune) and is now about to fall in the ‘margins’ of society (applying conjunction with Chiron).

In any event, surrendering to universal will and accepting, as traumatic as that may be, the idea that there is much beyond our control (Neptune-Chiron in Pisces) is of special importance (Sun) at this Full Moon. This is further expected to upset the basic need of many for order and control (Moon in Virgo opposing the stellium in Pisces). A similar message seems to come across by the rather rare aspect pattern where the Moon is involved and which Joyce Hopewell calls ‘trawler’ or ‘vacuum cleaner’. The semisextile (30º aspect) between Moon and Jupiter is the ‘sucking point’ of the vacuum cleaner, while the square (90º aspect) between Pluto and Uranus, each of which forms a trine aspect (120º) to the Moon and Jupiter respectively, is the engine and the end of the bucket where the absorbed material gets trapped.


So it looks like this aspect pattern ‘sucks’ in not only the basic need for order (Moon in Virgo) but also the faith in the joy of life (Jupiter in Leo) because of the obstacles brought about by the radical and deep cuts faced by our society during this period (Uranus-Pluto square). The participation of Pluto, a planet predominantly connected with fate, stresses the role of fate in all of this and justifies the ‘sweeping’ role it plays at this Full Moon getting hold of her ‘vacuum cleaner’. Put simply, the inevitable and radical changes that our society faces does not leave much room for order or happiness and this Full Moon could not make this any clearer. Nevertheless, opening up our minds to progress, originality and innovation will prove beneficial (Mercury in Aquarius dispositor of the Full Moon). Enjoy the Full Moon as best as you can!
Posted by Dr. Vangelis Petritsis at 12:19